How I Conspired Against Mo Ansar 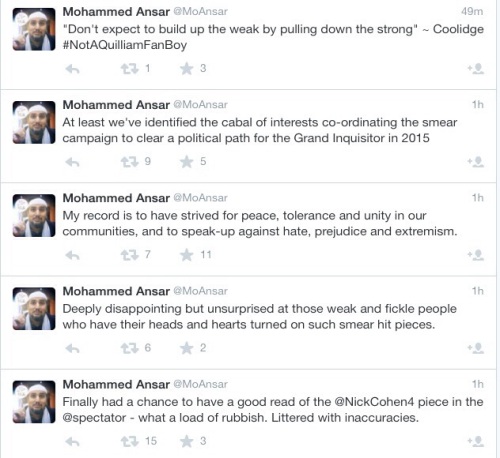 A “cabal of interest” is arraigned against Mo Ansar, a conspiracy by “dark forces.” The articles by Douglas Murray, Nick Cohen, Milo Yiannopoulos, and Jeremy Duns (who have all linked to this blog) reveal a picture of someone not striving for peace, tolerance or unity. It is like there is a portrait in a locked room; while Mo Ansar is away mouthing progressive platitudes with Russell Brand, something less presentable has for most people been tucked away out of sight. Thanks to the internet, this sinister monstrous reality is hidden in plain sight, as painted by Mo Ansar himself.

A ten minute audio of Douglas Murray discussing Mo Ansar and Nick Cohen’s article can be heard in the video below:

The latest exposes by the people above had the effect of putting the hidden portrait on public display, bringing its surreal depictions to a much larger audience.

I have never written my full view of Mo Ansar, but rather commented on his views, behavior and credentials in about ten posts (out of nearly a thousand total). Why should we question the credibility of a man who just wants to serve the community? I try to include points not already mentioned and highlight the ones that need restating again. This is a round up of all our pieces, and hopefully now the story is out, the last time I feel compelled to write about him.

Mo claimed that the tweet was out of context when brought up by critics, but he refused to give the context. I therefore wrote a post on the context and critiqued the link he had provided. Mo claimed Islamic slavery was not slavery as we would understand it, because of how they were treated. My retort was if you own a person who you can sell and trade, it is slavery, and therefore oppressive. He was offered a right of reply.

He accepted and then a few months later turned down. As you can read about here. The post by then had gained traction, as had Mo’s tweet which was parodied as above.

I was surprised by Mo’s stance defending slavery in the Islamic world as not being slavery. It had no bearing on the history of what we know took place, nor reflected what was the common practice at the time. Bottom line: a person being owned is oppression by itself, and is enough to condemn the concept of slavery in any age. This is deflected as suggesting he is for slavery in the here and now. This was about historical revisionism and apologetics.

Mo Ansar does have a strange view of history which is willfully skewed, gullible or conspiratorial in nature – as the next few tweets and Mo’s blog post will demonstrate: 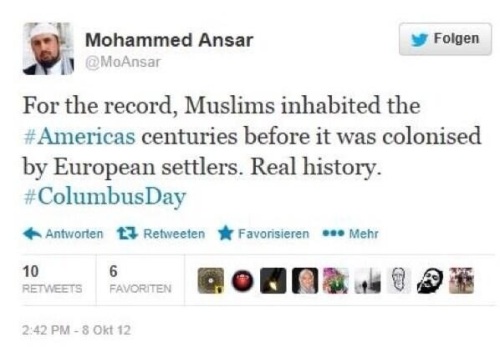 Remember Mo Ansar claims to be a theologian and an educationalist. His claim of being a lawyer has been debunked with him apologizing (see here). He has never said where he received such academic training for the other positions of authority he claims. When presented by the media as such a person, the public expect a qualified expert. Not someone who just thinks they are one.

I am told by a few people on twitter that Mo Ansar is a progressive. That image seems at odds from his 2006 post where he reveals himself to be a 9/11 conspiracy theorist and states Israel is a terrorist state part funded thanks to the holocaust, and that by God they should have no homeland.

Today we have the global media network, main stream media, corporate oligarchies and capitalist free markets economies. All perceive a threat by the advent of Islam. We have no conclusive proof of who committed 9/11, why the towers were ‘pulled’, why airplanes were modified, why steel melted at 800 degrees not 2,300 or the relevance of ‘Operation Northwoods’. The pleas of the families for an inquiry are denied and the evidence has in the majority, been completely destroyed. However, any straw poll will almost entirely state it was the Moozlims.

The Muslims of today are being put under an intolerable amount of suffering; they face persecution and oppression the world over in almost all of the high-Muslim population countries. Imperialistic forces continue the age old tried and tested tradition of divide and conquer. Hand in hand with a war of words, a battle for the hearts and minds of the West, a continuing aggression against the Muslim world. Israel, arguably a terrorist state, is overwhelmingly core funded through the US and holocaust reparations. We need not list Israeli atrocities other than to say that according to the Book of Moses, the Jews are utterly prohibited from oppressing another people, having been oppressed themselves. They are meant to wander without a land. They are in the main European, Ashkenazim, Khazar, non-Sephardic and non-Semitic Jews.

Mo Ansar has said that Islam is not homophobic, and that he has campaigned as a civil rights activist all his life. He has been blogging for around ten years (though absent last year). Not a single blog post exists dedicated to gay rights and Islam. We actually have to go to twitter to find his views.

This one issue is enough for people to see Mo Ansar as a progressive. But when we look at his views on slavery, Israel, 9/11, or views on history, the persona is more one geared to gullibility and sensationalism. It is one reason his accusations of dark forces and cabal interests, coming together to thwart him, are part of a conspiracy mindset. We disagree with someone that uses social and public media, by using those very same platforms. It cannot just be disagreement in the conspiracy world Mo lives in.

Before He Was A Commentator – By Milo

In a thorough examination of Mo Ansar, Milo takes us to the earlier career Mo had as banker, which ended in acrimony and revealed a persona not shown to the public:

According to court documents, Ansar’s failure to honour a debt to Lloyds TSB – a staff loan – appears to be what kicked off a 36-day employment tribunal and launched him into a career of dishonesty and special pleading in the early 2000s.

He did not repay the money he owed, and when his manager launched a compliance investigation he accused that manager of “racial discrimination,” “victimisation” and “harassment.” He later accused the bank of “tampering” with data files, a claim rejected outright by the judge.

Many appeals later, after numerous failed allegations of bias against the chair of the Tribunal from Ansar, the case was thrown out by the Supreme Court before three Lord Justices, including Leveson, at massive cost to the taxpayer.

In an earlier appeals judgment, the judge noted that Ansar found it difficult to take instruction from female superiors, had undertaken “sloppy” work for the bank and had lied in a letter pertinent to the case.

There was also evidence of “deliberate falsification of assets” by Ansar, said the judge, who noted that Ansar was “a forceful personality” who “manipulated circumstances for his own benefit.”

Mo Ansar reported Iain Dale to the police on 1 April 2014 for racial and religious hatred for banning Mo from his radio show and calling him a “gobby prick” on twitter. The police, and TellMamma which monitors hatred towards Muslims, both dismissed his complaint [sent by him below].

Jeremy Duns picked up on a twitter sock puppet account that was once called @moansar2 – and started looking at the similarities of different accounts that supported Mo Ansar and held similar views. He remarks on how Mo Ansar responded when Maajid Nawaz (of the Quilliam Foundation) tweeted a cartoon of the Prophet Mohammed saying “How ya doin’?”

When a petition was set up calling for Nawaz to be deselected by his party as a candidate, Ansar tweeted a link to it fifteen times, and discussed it many more online and in the media. Many condemned him for this, pointing out he was fanning the flames of extremism and could encourage death threats against Nawaz. Mo Ansar breezily condemned the death threats, but carried on campaigning against Nawaz on the cartoon issue anyway, despite being unable to say that he found it offensive himself when directly challenged by David Aaronovitch on radio and by Nawaz himself on Newsnight.

Thankfully, nothing came of those threats – but it might have done. Had anything happened, Mo Ansar would not have been solely responsible, of course, but in my view he would have been partly so. It was a malicious and potentially extremely dangerous thing to do. And he knew he was doing it.

I am inclined to agree it was revenge for how Maajid Nawaz managed to become the man that separated Tommy Robinson from the English Defense League, rather than him in the documentary When Tommy Met Mo. As I wrote at the time this particular face off between Nawaz and Ansar caught the later out:

Nawaz had previously invited Ansar to condemn sharia sanctioning chopping the hands off a thief – Ansar obfuscated and, oddly for someone introduced as a theologian by the media, said he would want to see what other scholars said (note on The Daily Politics today he does call such punishment “abhorrent” – if only the follow up question was should it still happen in an Islamic state?). Unlike Nawaz in the documentary, he could not say no to sharia being implemented without considering whether it was Islamic and therefore legitimate to do so. It appeared like religion being put before being humane by Ansar.

Maybe Mo Ansar looks to create further division by saying that this is all a smear campaign by Quilliam. After all, when flaming the passions of Islamic blasphemy and sectarianism, this is what a peaceful tolerant unifying person does without irony.

What we had been tweeting and writing in the blogosphere finally had reached the ear of professional writers above. With Nick Cohen it hit print media (arrow added below). 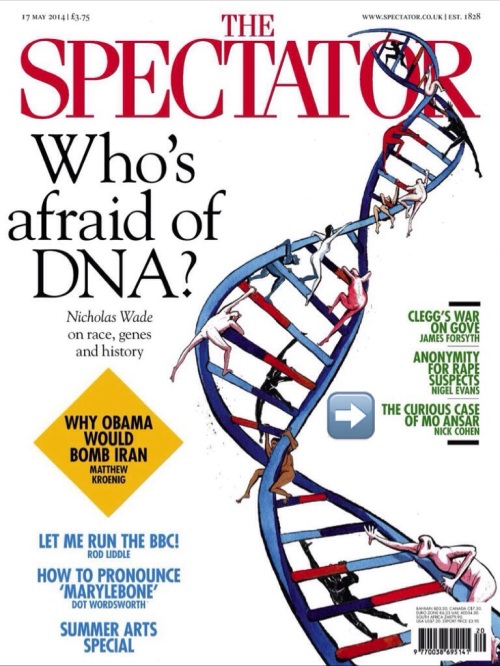 Nick Cohen sums up how I feel about  Mo Ansar:

His vindictiveness and self-regard will be his undoing. Broadcasters are a tolerant bunch. But they take exception to guests who try to set the cops on them. BBC Radio 5 will not have him on. Meanwhile everyone in commercial radio knows Iain Dale’s story. Maybe the Russian and Iranian propaganda channels will return his calls. Apart from that, it’s over.

We should not forget Mo Ansar, however. For all the talk of ‘diversity,’ we live in an era of uniformity. Instead of recognising the vast range of views within British Islam, officialdom created a monolithic bloc ‘the Muslims’. It then decided that self-appointed and invariably reactionary voices should be ‘the Muslims’ sole representatives.

Heart Of The Matter

The portrait we have unveiled is of a man consumed by the desire to be in the media spotlight, but this picture is the work of Mo Ansar by his own words and deeds. It includes the surrealism of being a lawyer, conspiracy theories and paranoia.

In the video above with Russell Brand, Mo Ansar states what he does is serve the community and that the message of Islam is to have a soft heart. What he does not mention is that as well as good actions this must include good intentions – namely your service to the community must be to praise Allah, not your own public image.

Whilst Mo Ansar claims to see into my heart, I cannot claim to look into his. All I know is that his behavior in dealing with critics such as Iain Dale, and his stated views outlined above, coupled with his behavior, make him someone not to taken seriously anymore.

26 responses to “How I Conspired Against Mo Ansar”