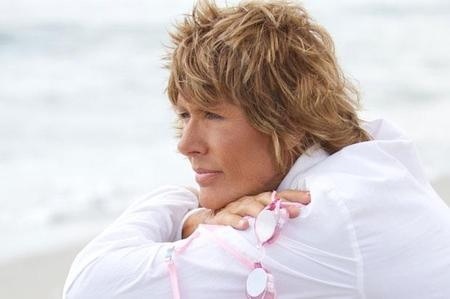 Soul to Soul with Diana Nyad: “I’m an Atheist Who’s in Awe”

It’s incredible to think that the pigeon holing of atheists continues. That they are less civic minded, not good citizens – uninterested in life and the universe lacking the emotional response that people who believe in God have. No awe of nature or the spirit of humanity.

Diana Nyad on Oprah Winfrey’s show articulated awe without a supernatural element, spirituality without the divine. It sounded so good that Oprah did not want to call Diana an atheist. Rather patronising, but Diana handled with amazing grace. Talking about atheism as humanism that transcends the mundane to see and feel the sublime.

Diana showed a confidence to talk about her humanist view – which brings me to an article that David Silverman shared. That not talking about your atheism would be unethical. Silverman mentioned social benefits by more atheists being known in the community via a tweet.

According to David Silverman, president of American Atheists, “Hiding your identity means lying to everyone you know, forcing them to love someone fictional out of fear that they might not like the real you. However, given the chance, most family members love the person, not the lie, and everyone benefits from a more honest relationship.”

Why is being closeted about one aspect of one’s core worldview an untruth? Some nonbelievers will take offense to connecting this decision to ethics, suggesting that their lack of a god belief just isn’t important to them, so why advertise it? But that’s a weak argument because it’s undeniably of vital importance to many people in our society with whom they communicate. Despite the rising numbers of nonbelievers, belief in a god, specifically in the Christian God, is more than a majority idea in America. In fact, 78 percent of Americans believe in a Christian God, and 31 percent believe so strongly that they interpret their Bible as the literal word of God. Lack of belief in a god may not be the dominant issue in your personal life (most humanists understandably have a much more positive agenda than that), but it has to be recognized that it is meaningful to others. If people are to be respected, they deserve to know who we truly are.” [The Huffington Post article written by Roy Speckhardt Oct 15, 2013 whose opinions I am challenging here]
] 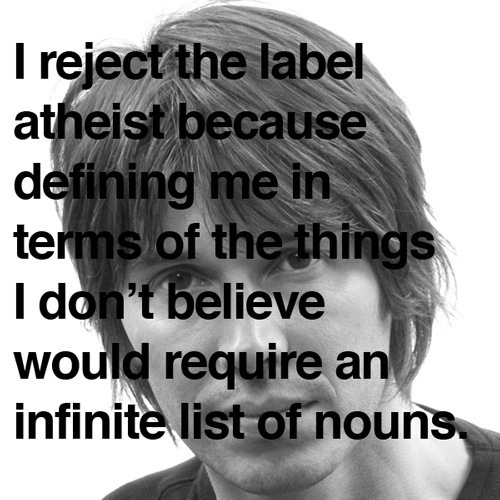 As I am sure David would acknowledge, it will not always strengthen family bonds to openly declare atheism as this article highlights much more vividly than Huffington Post:

While Namazie was “astonished” when she found out how many Muslims there are with atheistic, agnostic and secular tendencies, she admits that groups like the CEMB find it difficult to attract them, as most are deeply worried about airing their beliefs in public. “Muslims are not homogeneous,” she says, emphasising how – like basically every human in the entire world – they don’t want their identities to be pre-defined in narrow terms. Unfortunately, owing to fears like the possibility of their family completely disowning them, they often end up falling into line publicly rather than admitting their beliefs lie somewhere else on the Kinsey scale of faith. [Source]

Putting aside physical danger to being open as an atheist (which the article mentions), I find the use of the word unethical to keep hidden from the world views on the existence of the supernatural perplexing, rather than offensive. Am I being unethical when I say bless you to someone that sneezes, “Oh God!” at the heights of ecstasy or even naming a child with a gospel name nine months later?

The use of Christian names was brought up at an American Atheist Conference talk where it was suggested that using them entrenched Christianity – we should therefore name our children otherwise to promote a less religious society, rather than act in a way that condones religious sentiments.

This suggestion angered me. The talk suggested that our ethical character reflected on us as atheists. My radar is sharp to pick up such exertions on individuals to think of the group and others in our atheism. To suggest not being open about atheism is dishonest – not buying into that for the same reason. I happen to be an atheist and blog about it – such openness is not for everyone.

Intellectual honesty and being open about how you feel about faith or non faith are not quite the same thing. No one has a right to know what my religious feelings are – it is of my own free will to express them. No religious test may be imposed on me by the state or indeed anyone as a citizen. There should be no demands made to express or conform in society. 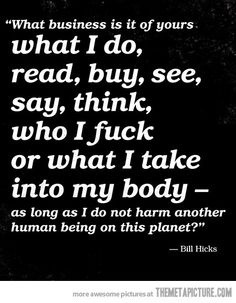 In a truly secular world whether I am a theist or an atheist would not matter. Yet for some there will be judgments made on them. That is unethical – not someone that keeps it to themselves. I also resent that personal views should be expressed for the social benefits of others. In matters of religion they are deeply personal and a matter of conscience. It is up to an individual to decide whether to make them public or not. Diana is a model of how to speak with heartfelt sincerity about atheism and the humanist view – but that was for her alone to decide and no one would deny the benefit of her public appearance talking about it.

We should be encouraging people that being atheist, and joining the discussion about religion, faith, secularism and pluralism is not just about being intellectually honest. It is a rewarding discussion to have, and yes may have a positive benefit to society when we evaluate social policy not by religious dogma but impact on people irrespective of it.

Telling atheists they are unethical for not being open, is to me not the way to go about this, and quite frankly sounds dogmatic however noble the reason for saying it. I may even go so far as to say ridiculous. If someone brings up religion it is entirely ethical to say back that is a private matter for me or not to reply – if they persist quote Bill Hicks above right back at them. The really ethical thing to speak up for is secularism – we still have a long way to go to ensure that all citizens are treated equally regardless of faith or non faith. We need to be having a go at those that pressurise others for public declarations of faith, for being unethical. Not mimic them in this as atheists.

I would encourage everyone to get involved with promoting a secular state that is for all. Declaring your atheism by contrast is up to you when you are ready, and confident to do so. You may however feel as Brian Cox says above, that declaring it is the least part of your true character to be concerned about. That is just being honest.

Just remember, it is up to you.

Update: via twitter David Silverman felt I was misrepresenting his view vis “Telling atheists they are unethical for not being open” I have replied and restate here this is a counter view to The Huffington Post article.

Have made clearer now that Huff article was written by Roy Speckhardt, and it is that article I am replying too.

Filed under atheism, Council of Ex Muslims of Britain, OUT campaign, Philosophy, secular